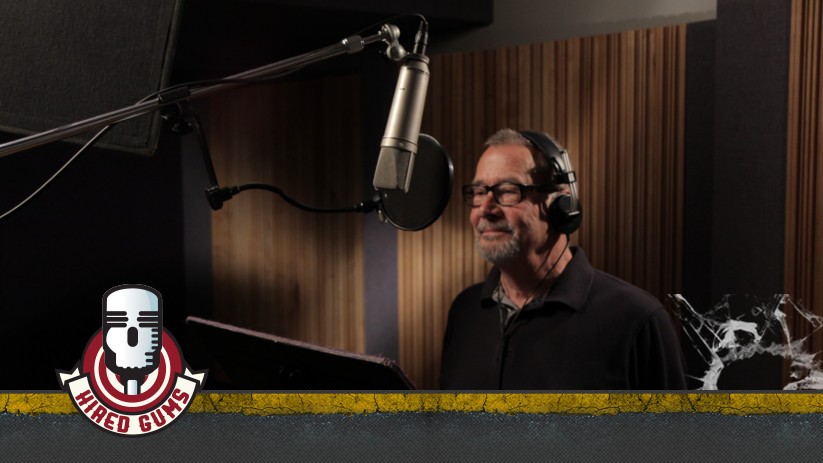 Being unaware of the jargon in your industry is one of the fastest ways to go from professional to amateur. The term “lay it down” makes an appearance in the voiceover industry and the motorcycle industry, meaning “let’s record” and “to crash” respectively. While it’s true directors, producers, recording studios, and client have various ways of communicating, here are 40 other voiceover terms to get you started and prevent the lay down of your voiceover career.

Announcer: A role with non-character copy; usually abbreviated as ANN or ANNC on scripts

Arc: Each commercial has a beginning, middle, and end that voice actors interpret into emotional stages; also known as a storyline

Bleed: When ambient noises produced by the headphones, other tracks, etc. are picked up by the microphone

Billboard: To emphasize a certain word or phrase in a script while maintaining the tone of the overall performance

Board: Where the audio engineer operates allowing him to adjust the volume and mix of various elements within the spot; also known as the console

Buyout: Paying a one-time fee for voiceover services instead of renewal or royalty fees; all work completed with Hired Gums is a buyout

Cadence: Refers to the rhythm and breaks between words

Cold-read: Reading a script you are not familiar with, usually with little or no time to prepare, usually during an audition

Compression: When engineers cut through background music and sound effects in a spot by reducing the dynamic range of the talent’s voice

Control room: Where the client, producer, director, and engineer sit during a recording session; usually a room separate from the booth

Drop off: A word or phrase with a weak ending

Drop out: A moment of silence within a word or phrase

Filter: Placed on a mic to make the voice actor sound clear and reduce ‘popping’ sounds from air impacting the mic

Inflection: Changing the way a word is said and the meaning of the word by raising and lowering the pitch of your voice

Laundry list: A series of points - such as adjectives, prices, or items - in a script the voice talent emphasizes in various ways to make it sound less like a list

Lay out: Direction to not speak during a section of the spot

Level: Having the voice talent read the script at the volume he intends to use for the performance; allows the sound levels to calibrate before the recording

Nonunion: A voiceover job that is paid off the books, not through a union. All of the voiceover professionals in Hired Gums’ gallery are non-union.

Pick-up: To re-record a line or phrase to correct a vocal mistake, technical difficulty, or create alternative style choices

Pre-life/Pre-scene: The back story a voice actor creates for his character

Punch: Highlighting a word or line more intensely in a script

Rough mix: When the director, producer, and engineer fine-tune the voice, music, and sound effects in a spot before the final mix

Real person: The voice actor plays the role of an actual user of a product

Shave: To make a read shorter

Storyboard: The conception of a TV spot drawn out for presentation to a client; also helps the voice talent know what is happening on-camera while they’re speaking

Sync: To match a vocal style from a previous take; allows tracks to be aligned

Spokesperson: The voice actor plays the role of an authority on the product

Safety: A backup take of the spot after the director feels he has captured what he needs to complete the recording session

SOT: Stands for “sound on tape” and is taken from language or sound not spoken by the voice talent, such as film content

Talkback: The button that allows the staff in the control room to directly speak with the voice talent in the booth

VO: Abbreviation for voiceover; indicates which parts of a script are read by the voice talent

Walla: Background noise in a spot where many voices are speaking at once; simulates a party or restaurant setting

Wild line: Reading the same line several times in a row with various styles until the perfect read is achieved; also referred to as a series of three

If you’re interested in blipping the throttle of your voiceover career, take a moment to fill out our Become a Voice form. We’ll review it and be in touch. Feel free to give us a call at 701-232-3393 or visit www.hiredgums.com/contact with any questions.